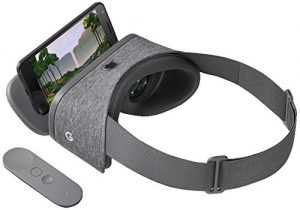 The Google Daydream View is the latest VR headset from Google. It is a successor to the Google Cardboard. It is nice VR headset that is designed to be used with recent Android phones. But users of the Google Pixel will enjoy it more than other users.

The Google Daydream View is designed from a soft, breathable, mesh-like fabric that gives enough ventilation to the face and the head during usage. It is available in fog, coral and charcoal colors. The straps of the headset can fit comfortably and securely over eyeglasses, and the top strap can be used to customize it better.

The Google Daydream View headset comes with a remote that can be kept in a loop at the back of the straps. This helps to prevent it from getting lost. The Google Daydream View is powered by software from Google. There is also a streaming feature that allows others to watch what you are doing on a smart TV. This is a good feature that lets others enjoy the same thing that you are enjoying. There are a lot of VR ready content on Google Play Store. You can get access to lots of exclusive games, videos and apps. 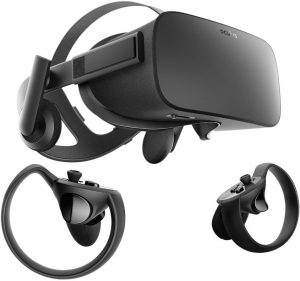 The Facebook-powered Oculus Rift started the reemergence of VR. It has the most powerful capability of all the VR headsets on this list. The Oculus Rift comes with an OLED display with 90 Hz refresh rate and 2160 x 1200 screen resolution. It has a 5 x 11 feet tracking area and it provides a 110⁰ field of view. The Oculus Rift comes with a specially made integrated audio system for VR and when users put it on, they experience a sound quality that is second to none. The sound quality creates a unique feeling of depth and space that assaults the auditory senses

The Oculus Rift comes with two Oculus Touch controllers. It also comes with a remote that allows you to navigate the menus and access volume controls. The headset is fully customizable, and it can adapt and fit to the head of the wearer. This makes it very comfortable.

But the Oculus Rift is expensive, and you need a high-end PC to use it. The PC has to come with at least a Nvidia GTX 970/ GTX 1050Ti/ AMD Radeon RX 470 graphics card. 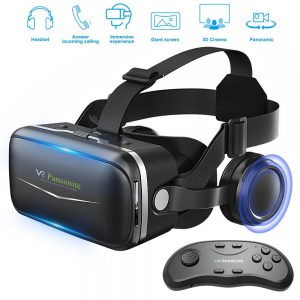 The Pansonite VR headset is a great VR headset for Android devices. It works with a lot of standard Android phones, but you should confirm if your phone is on the list of compatible devices before purchasing it.

It is a comfortable headset that stays on the head nicely and fits android phones snugly. It blocks out the surrounding and provides a good mobile VR experience. It is one of the bestselling mobile VR devices. 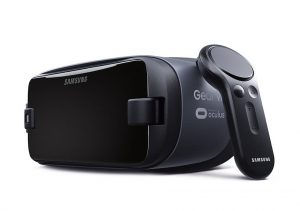 It looks bigger than other smartphone headsets, but its size is an advantage. You can adjust the optics of the Samsung Gear VR using a dial mounted on the top of the headset. The headset is also perfectly breathable even as you are strapped in. The new Samsung Gear VR comes with a unique motion controller. The motion controller has a trigger at the back and a circular touchpad in front. The headset has a USB type C port for charging it.

The Samsung Gear VR headset has a large content library with more content added regularly. There will always be new content for you to enjoy with this headset. If your smartphone is incompatible with it, you might even be tempted to buy a Samsung Smartphone. 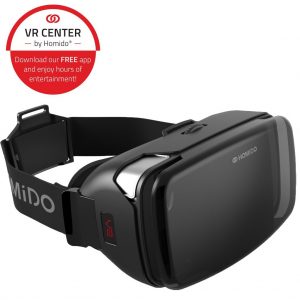 It works with iOS and Android devices that have a display of 4.5 to 5.7”. There is a capacitive action button on the headset that allows users to interact with the headset without using a remote control. The capacitive button can also work with the gyroscope and the accelerometer of the phone for some apps.

The Homido VR headset comes with a lot of games and apps which are accessible via the Homido Central. The apps are far more than what you will get from other headsets. There are over 2000 apps and games available with more added weekly.